Sometimes we get “messages” that we just might want to listen to…and ponder.

And they may come from unlikely places.

Twenty years ago, I encountered strange symptoms and was ultimately given a diagnosis of multiple sclerosis.  It was a real shock to this forever healthy, seemingly invulnerable, 57-year old business owner.  Years later, in retrospect, I saw how I had allowed myself to endure extraordinary personal and business stress for a number of years prior, pretending I could survive anything.

Since I hadn’t paid attention to an onerous schedule and a difficult partnership that, with attention, would have been otherwise “manageable,” I was given a 2 X 4 to the head in the form of a condition that forced me off my self-imposed treadmill. Chronic fatigue ensured that I do much, much, less on a daily basis.

Since then, I’ve done my best to learn to take my “to do” list much less seriously.  I’ve nearly mastered the amble, the linger, and the meander. Although I doubt that I’ll ever play tennis again, sufficient energy has returned for me to have a fairly normal life. But, I still have to make sure those hard worker habits of a lifetime don’t return and sabotage my state of recovery. 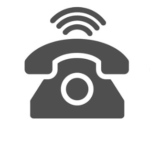 Last week, my printer died and caused a halt to my work plans.  My watch stopped and was sent off to the factory. The brake fluid drained out of my car leaving me with no way to go anywhere at all. In addition, in many areas of my life, I have been feeling the need to let go of what I don’t want, to be able to have what I do want. I admit to being slow in attending to those feelings.

Is this another wake up call for me? Or just a coincidence? Probably both, but inquiry into the former is what is likely to be more fruitful.

In the unique concurrency of all these events,  is there a message here?  If so, I’d like to be open to it sooner rather than later. Just in case, I’m scheduling more naps, agreeing to no “deadlines” and scheduling time for pleasure writing which I’ve been postponing.

How about you? What are the messages in your life that may be trying to get your attention?

Listen up! You might be getting a wake-up call.

This site uses Akismet to reduce spam. Learn how your comment data is processed.

E-Newsletter
Signup for e-Newsletter
For Email Newsletters you can trust./div>
Categories
Archives